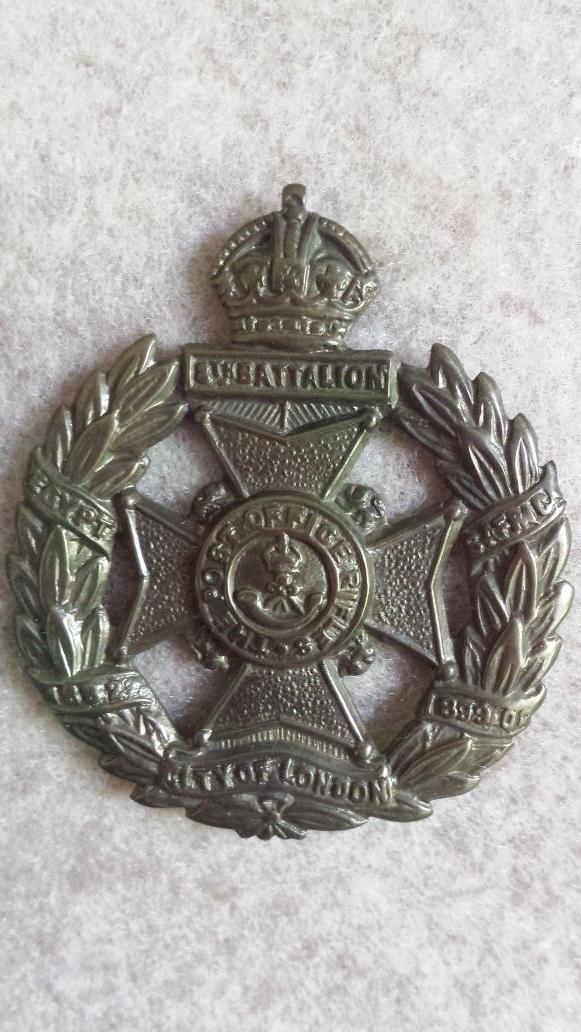 For over eighty years a name has looked outward from a beautiful sheltered corner of the Menin Gate, Ypres, Belgium. The river flows constant beside him, and rustling trees sway in a whispered hush. Through countless budding springs, hot sunny days, and icy winters his name has remained, together with thousands of others of the same fate. A life surrendered, respectfully marked by etched lettering; initial and surname; W. Dargan. He has no grave, his body resting elsewhere in the surrounding countryside where undulating fields sway as one, and birds fly again.

In 2012 it was a complete surprise to discover a letter from the T.F. Record Office, London among some family records. “It is my painful duty”, it read, “to inform you that a report has this day been received from the War Office notifying the death of (No.) 4776 (Rank) Rifleman (Name) William Dargan (Regiment) 8th Bn. The London Regt (Post Office Rifles), killed in the field”. Myself and my family couldn’t believe it. I immediately set about researching as much as I could about William, my Great Great Uncle.

His parents Thomas Dargan, a General Labourer born in Tipperary, and Annie Whelan, born in Queen’s County, were married on 5 February 1883 in the Catholic Church in Maryborough, Queen’s County (now known as Portlaoise, Co. Laois). Their second son, William was born on 8 January 1886. The Irish census records of 1901 show him at age 15 living there with his parents, four brothers and three sisters, and working as a messenger.

By 1911, 25 year old William is a postman, and the commencement of the First World War is just three years away.

The Post Office Rifles (8th Batallion, London Regiment) were made up of post office workers who would have applied to their Postmaster to sign up and fight in the Great War. While my research into how and when William came to volunteer continues, I know that at some point he left the Post Office in Portlaoise to fight with this Regiment in both France and Belgium.

From knowing nothing of William’s courage and bravery until now, I set about obtaining his medal card. Having done so (he was awarded a British and a Victory Medal), I then discovered to my astonishment that he was commemorated on the Menin Gate, Ypres, Belgium.

While the abovementioned letter stated that he died on 7 October 1916, it transpires that William was in fact still alive at this time, and did not die until 7 June 1917. According to a Battalion Commander’s account of the Regiment’s activity and experiences from 1914-1918, the Post Office Rifles were on the front line on this date when nineteen large mines, some two years in the making, were detonated beneath enemy lines at Zero Hour, 3.10am, along a ten mile battlefront. The Post Office Rifles fought with distinction at this, the famous Battle of Messines Ridge, and it was on this date, that William went over the top, never to return home.

As I pieced together as much as I could, the Irish National Archives announced that they were making available a selection of wills belonging to Irish men who served in the First World War. I could only dare to hope that William’s would be one of them, and I was both delighted and moved to find that it was. While this man’s story was coming to life for us, I now had something invaluable; a document in his own handwriting. Penned on 1 June 1916, a year and 6 days before his death, Rifleman 372235 leaves all his property and effects to his mother, and my Great Great Grandmother, Annie Dargan. It is a heartbreaking document.

In June 2013, 96 years to the month of his death, myself and my family travelled to Ypres to pay our respects to William. On a sunny summer’s day we stood together before his name, overwhelmed with emotion for this young man who sacrificed his life in a distant field, long before our births. A man whose blood runs in our veins, who we will never meet, and yet on this day at the Menin Gate, was as alive to us as we were to eachother. I stood with him, proud and filled with an elation and joy that was wonderful and quite unexpected, as if he had been waiting for this moment. As the Last Post rang out in the archway and echoed skyward to the evening sun, I smiled and cried for William and his family; smiled because, as his family, we had finally been able to pay our respects; cried because they once said farewell to one another in his home town, which I share wonderful memories of, never to hold or see one another again. Surrounded by the names of thousands of other men like William, I wondered at their stories and the homes and loved ones they too had left behind, and whose fate was to mourn them.

The next day I stood in the Irish Peace Park looking across the silently swaying grass towards Messines Ridge, as birds soared and clouds sailed by. I looked upon the stones therein that read Leinster and Laois, and felt grateful that William’s distant home had a presence near his final resting place.

As we left Belgium, we were not leaving William behind, as he will now forever remain in our hearts and our thoughts. As Lieutenant Colonel John McCrae’s beautiful poem In Flander’s Fields would have it, William lived, felt dawn, saw sunset glow, loved and was loved, and we will always remember him.