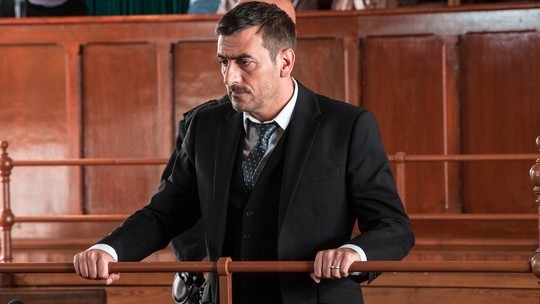 It’s trials and tribulations all round in tonight’s episode as Liz wants desperately to hear from Tony, checking her phone and neighbours for sightings despite acting nonchalant, poor Steve cuts a miserable dash and returns to bed within seconds of getting up, and Eileen is furious to find Todd playing the drums while minding Barlow’s Buys despite promising her he’ll work hard. He does however convince one lady customer to keep the TV she was attempting to flog and rent a room to him instead. Every cloud eh?

Roy is troubled by the lack of respect shown by a gang of troublemakers who defiantly kick a ball at Tina’s memorial. “They don’t value anything” he tells Anna, “life and death don’t matter”. She astutely observes that this is really about Hayley. “I’ve heard all the clichés, life goes on etc, except it doesn’t for me” pines Roy, “I can’t seem to let go of her.” As ever, Anna’s gentle counsel is touching as she advises him that only he knows how best to do this. He decides it’s time to scatter Hayley’s ashes in Blackpool and invites Tyrone and Fiz to come with him.

As Peter’s trial continues, it’s time for witness for the prosecution Mary Taylor’s star turn on the stand. Her animated account likens Peter to a Mr. Hyde figure, abrupt and agitated as he “scurried into the ginnel”. However, she is quickly despatched as an inebriated busybody by Peter’s disparaging barrister who observes, “You say he was abrupt. Might that have been because he felt that it was actually none of your business? Or that his reply that a cat had done it was said not to cover anything up, but rather to stop you plying him with interminable questions?”

The combination of Mary’s disgust, the barrister’s disdain, and Peter’s silent nods of affirmation are a hilarious trio. Indeed, her demise is such that the prosecution decline to call on Norris, who is naturally appalled that his “important evidence” will not be heard, and her delusion is such that she puts this down to the high quality of her own.

Cue court mumbles as Carla Barlow is called to the stand. Delivering her painful testimony with dignity and composure, her bullet like confirmation of both Peter’s and Tina’s ages is nevertheless amusing. She comes under intense fire from Peter’s barrister concerning her own culpability, prompting him to call out, “leave her alone. I’m the one on trial, not her”. Challenged by the judge he replies, “but she’s not done anything wrong”.

Peter’s barrister offers a powerful defence, stating that his eagerness to tell Carla about the affair before Tina could get to her suggests that he believed Tina was still alive at the time, and therefore, may not be the killer. She also points out that revealing such sordid details would be unnecessary if he had already murdered her.

When Carla announces that she doesn’t think Peter killed Tina, the court murmurs, Rob squirms and Peter wells up. She tells how Peter asked her “what have you done?” when he encountered Tina in the ambulance, and reveals how, on his deathbed, he told her he knew she did it but not to worry, he wouldn’t tell anyone. “He thought he was dying.” Carla tells the court, “Why would he say that unless he truly believed that I did it, which means that he couldn’t have”.

Ken and Tracy’s joyful expressions at Carla’s revelations turn sour in an instant when she reveals, “I told my brother, but he said it wasn’t solid enough to go on”. They can’t understand why Rob never said anything about this, and while they may not connect him to Tina’s murder, suspicions nevertheless abound as to his strange behaviour.

This continues when Rob becomes furious with Carla for saying Peter is innocent on the stand, and confronts her in her new flat which contains a frankly mesmerising fake furnace. Carla sees Rob’s relentless claims as to Peter’s guilt to be a personal vendetta against him, and you’d have to wonder how she’ll react when she hears he assured Simon of quite the opposite.

“I’m not trying to send him down, the evidence is doing that” he assures her, but Carla is not convinced, asking why Peter would wreck his own defence to protect her. “Sometimes it feels you’re the one not being straight with me” she tells Rob who claims to be protecting her from becoming suspect number one and reckons Peter will go down remarking, “you’ll see, tomorrow when he’s on that stand, they’ll rip him to shreds”. Carla’s expression is one of incredulity and bewilderment at her brother’s behaviour, and it appears things may finally start to unravel for Rob.

Peter returns to his cell elated that Carla believes him and convinced that she still loves him. The lovely Eugene is genuinely chuffed for him and it’s fist-bumps all round as Peter, bolstered by the day’s events, is determined to go out there and give his all to clearing his name.

I felt this was a great episode with a nice mix of humour and suspense, some strong writing and great performances, and all that remains as Peter’s trial faces its conclusion is for us to hope that justice will prevail.