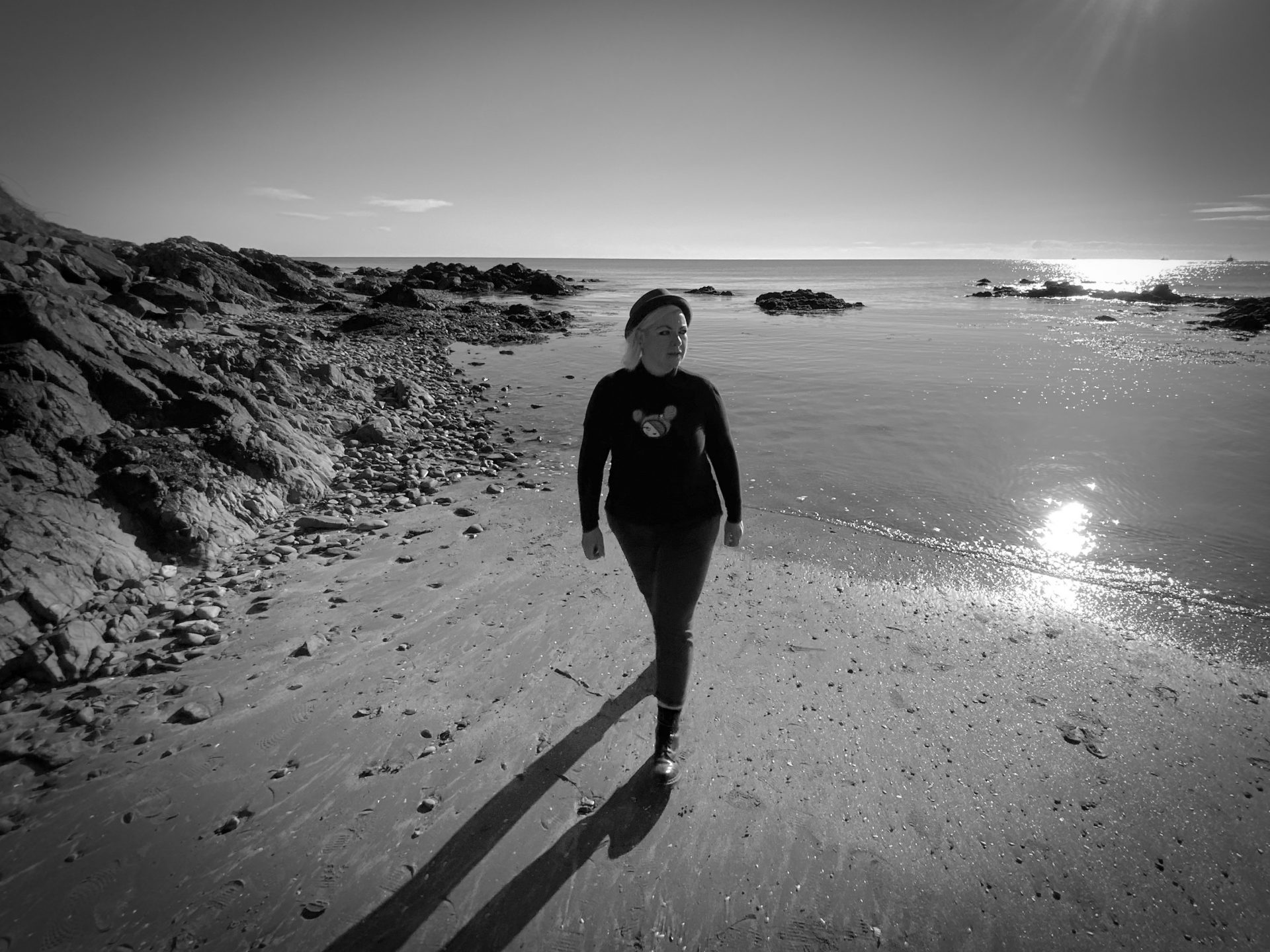 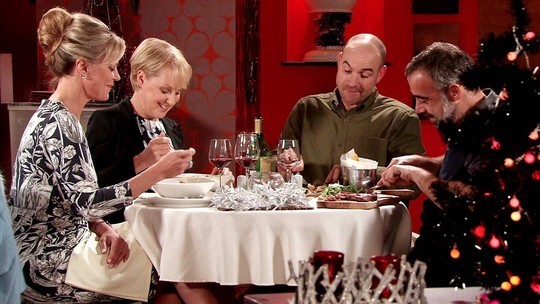 I knew we’d be dining out on Sally’s sofa story for a while, but Tim took his life into his hands when this metaphorical saying became literal, and he decided to enjoy his breakfast while draped across it. Despite being chided, however, he throws a few tinnies Kevin’s way as a thank you, as the rewards of bringing an expensive piece of furniture into the house apparently extend beyond the living room.

And while Sally doing her homework on the model and value of the eyesore led to a swift about turn as far as her regard for it was concerned, Craig and Faye are banned from having a pen, pencil or copybook anywhere near it.

Little does she know that divorcee Diane, the true owner of her beloved couch, is busy making enquiries on the Street after it was sold from under her by her estranged husband who we can only presume confessed. Her arrival at the garage puts Kevin, who takes an instant shine to her, in something of a predicament; if he tells her where it is, he’ll never see her again, if he lies, she might just stick around. He plumps for the latter, and Barney, the elusive fictitious recipient of the Le Coeur, part of the Manhattan range, is born, and naturally nowhere to be found, giving Diane and Kevin plenty of time to get to know one another in the Rovers.

They hit it off and go for dinner in the Bistro, but it isn’t long before Sally and Tim join them, much to the annoyance of both men. Diane’s classy demeanour sees Sally transform into an upper class incarnation of herself that would make Hyacinth Bucket blush. Tim, aware of the secret, is uniformly brilliant as Kevin’s comrade, attempting to avert disaster with, amongst other things, a mock wasp sting, as Diane almost finds out that her sofa takes pride of place and a lot more besides in Sally’s living room.

As Diane departs to powder her nose, Sally is informed by Kevin and Tim of her true reason for being in Weatherfield. It’s marvellous how both successfully appeal to the snob without in order to save Kevin’s bacon by reminding her of the price and brand as Sally opts for a migraine over a confession. With catastrophe curbed in the short term for Kevin, Sally ponders how she can be friends with such a sophisticated lady and not invite her over, prompting Tim to observe, “it’s either Diane or the sofa.” It’s one of Sally’s greatest dilemmas, and the funniest thing we’ve seen on the street in some time, with scenes resembling those of a quality sitcom. What makes this storyline work exceptionally well is the combination of strong, deep, characterisation and a plot appropriate to the individuals involved.

Sean’s high hopes for a big night out fall flat as everyone has other plans. His frostiness with Anna when she eagerly enquires about it, and clear irritation at Sinead’s unwavering enthusiasm had me feeling little sympathy for him. As evening arrives, it becomes apparent to both Sean and ourselves that this isn’t something Sinead does all that often, and the result is pure gold. As he baulks at her apparel, her dancing and her preference for water over margaritas, her oblivious, unbridled joy is refreshing, and a great source of humour. Sean’s luck turns however as he meets Billy, a vicar who has just moved to Weatherfield, and they swap numbers. He’s genuinely grateful to Sinead as they arrive home, which redeems him somewhat.

Motivated by guilt first, and a desire to help Michelle second, Carla pays Tracy’s debts. Michelle relishes letting her adversary know, and Tracy calls around to Carla in the factory to express her gratitude. The conversation was awkward, and while Tracy appeared sincere, I’m still not convinced that this is the end of the animosity between this pair. Tracy later moans about having no money and is reminded by Ken that we can’t all be The Great Gatsby.

Yasmeen gives a makeover to the age old tradition of asking Santa Claus for something and hoping you get it by dressing Sharif up in the costume and ordering him to buy number 6. It’d be a brave Father Christmas that would dare to come near her chimney without the goods. As she observes that the only downside would be living beside the blonde woman, it’s not clear whether she’s talking about Sally or Gail. In any event, some might say it’s a case of “six of one and half a dozen of the other” where that pair are concerned making clarity unnecessary.

A final word for the Freshco tarantula who left the bananas behind and cast its web wide enough to snare the imagination of every resident in the street. As the number of spiders increased and the rumours concerning victims changed with each telling, the story culminated in its appearance on the Weatherfield Gazette newsstand outside The Kabin. While a barmy little nuance, I liked it, and it was reflective of the manner in which such an incident in your local supermarket would come to be talked about.

Another great pair of episodes tonight strong on comedy and ordinariness sees Corrie continue to be on top form, and long may it continue.