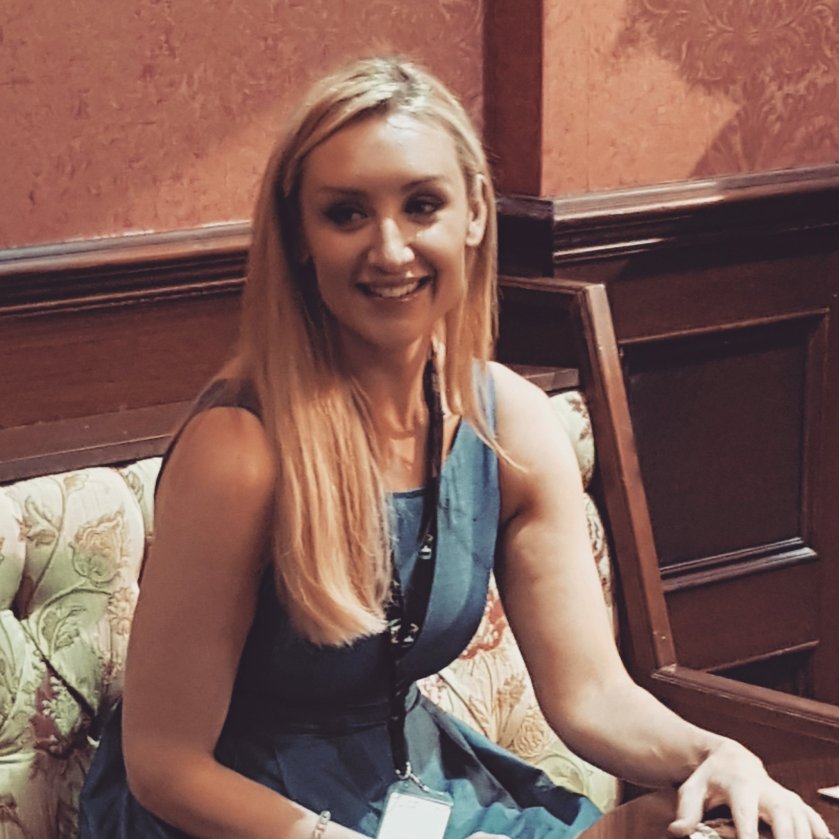 If you’re looking for a beverage, a gossip and a spot of lunch, then where better to drop in than the Rovers Return? This is exactly what Coronation Street Blog editor Glenda and I did when we were invited to the Corrie Press Day to meet new producer Kate Oates and hear about her plans for the show. We also interviewed several members of the cast on the day about their upcoming storylines, one of whom was the lovely Cath Tyldesley.

Just when we think Eva might fulfil her dream of finding ‘the one’ and settling down, it looks as if things are about to fall apart all over again, with Aidan set to cheat on her with none other than Maria. So, what does Cath think of it all?

Is she tired of Eva being the wronged woman?

It’s great to play, I love that. I feel really sorry for her because it seems that every boyfriend she’s ever had has cheated on her, it’s all ended in the same way so it’s not good.

Is Eva not willing to accept that Aidan won’t move in with her?

No. Once she’s got an idea in her head, she’s pretty feisty. As we’ve seen in past relationships, i.e. with Jason, once she’s in love with somebody she goes the whole hog, head over heels and she won’t take no for an answer. She thinks that this is ‘the one’ now so she’s got a bee in her bonnet.

What do you think she’s doing wrong?

I think she’s too full on. She does have the bunny boiler gene, definitely, so I think that’s gone against her in the past, but I think she’s got a heart of gold deep down and all she wants is to be loved. A while back we found out a little bit more about her father [who] walked out when she was three years old, so that to me suggests abandonment issues have come from there. So she’s desperately craving that male figure and that’s probably a little bit to do with why she is the way she is. Again, she has picked players in the past and gone for a certain type of guy, so I think she could just do with maybe going on First Dates or something.

Does she blame Aidan or Maria more?

Maria. Because again, in the past, she’s spoken about girls that have done the dirty, and the girl code, and how passionate she feels about that; you just don’t do it. So I think the poop might hit the fan when she discovers what’s happened. 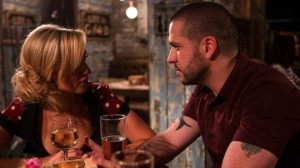 Should she forgive him?

I don’t know, it’s a difficult one because, yeah, she has been cheated on before, but we can already see that Aidan is massively regretting what he’s done. If anything, it’s kind of woken him up to the fact that he really does like Eva, and obviously Eva doesn’t know that. If he was my friend and I was stood on the outside I’d just say ‘go, run’.

Is she the type to cut up his suits?

I’d do that. Again, just going off previous scripts and episodes, I think she’s more inclined to go for Maria. She’s got a real bee in her bonnet about girls that do that. 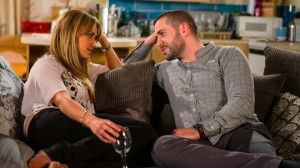 We’re told that Maria and Eva will become close, and that there’ll be added hurt for Eva because of this. Cath adds…

Especially with Eva losing Kylie as well, they were like best buddies, so she is kind of seeking somebody else now for that female bond, and that becomes Maria.

Yeah, I’d love to see Eva in a catfight, I think it’d be brilliant.

Have you ever had a Corrie fight?

No. I’ve poured a lot of pints over people’s heads, but no she’s never had a fight.

What did producer Kate Oates say to you about Eva when she took over?

I was really chuffed with what Kate said. She likes the character. In her eyes, Eva is kind of old-school Corrie and she feels that she’s got that balance which is lovely for me to hear as an actress. As far as I’m aware, I’m going to be very busy and that keeps me happy so I think there’s going to be a lot of things happening for her definitely.

Is Eva supportive of Leanne’s pregnancy and how much of a role does she play? Does she get broody?

Cath was as lovely and funny as you might expect, and it was a pleasure to interview her.

This interview was conducted on behalf of the Coronation Street Blog where it also appears. Read more from the Corrie Press Day including Kate Oates plans for the show as well as our interviews with Simon Gregson and Kym Marsh, and Jane Danson and Ben Price. 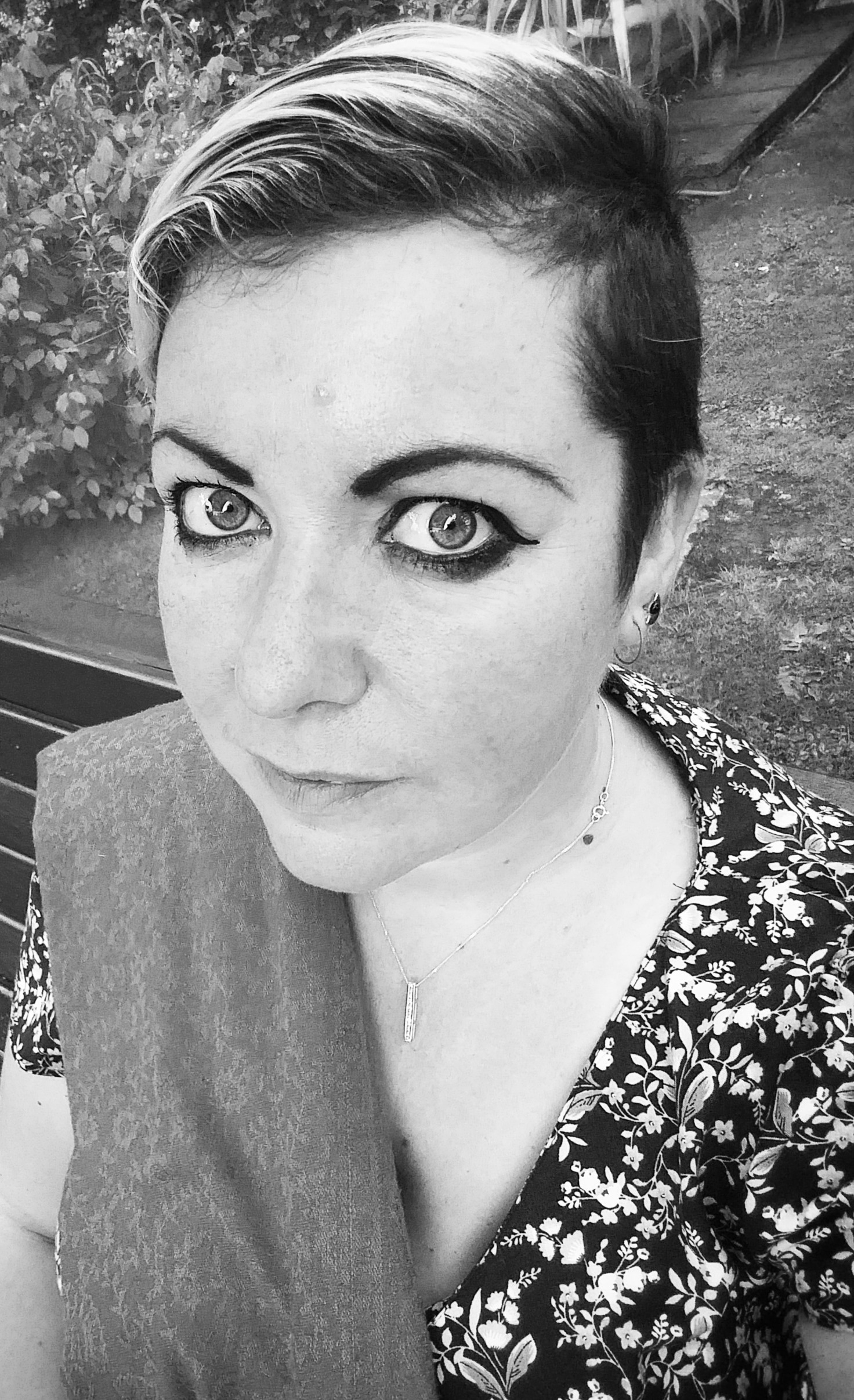 *THIS FRIDAY* @hailtheghost bring their show to @whelanslive on 31 January, and I'm so excited to be their support on the night. #hailtheghost #arrhythmia #whelans #whelanslive #dublin #ireland #livemusic #igersdublin #igersireland #singersongwriter #emmahynes
Kicking off the day with the new @supergrasshq release, The Strange Ones 1994-2008 which I was surprised with by @stackofwax yesterday! I'm not putting any pics of what's inside up as it's too gorgeous and everyone should get to enjoy opening it as much as I did. @bbc6music record of the day yesterday too, and we'll deserved because it's a cracking collection. Note: Additional live vocal on this video courtesy of Django the cat who welcomes the comeback though he, unlike me, wasn't there the first time round. #supergrass #supergrass2020 #gazcoombes #dannygoffey #mickquinn #robcoombes @gaz_coombes @dannygoffeyofficial @monkeybaskethq #vinyllovers #vinyl #thestrangeones94_08
I'm reading Brett Anderson's second book so slowly because I don't want it to end. It's as fascinating as it is moving. While I'm a @suedehq fan, you wouldn't have to be to appreciate its insight and honesty. Whether writing on himself, the band, fame, the music industry and landscape, or the art of performance, it's sublimely done. #brettanderson #afternoonswiththeblindsdrawn #suede #autobiography #musicautobiography #brettandersonhq
UPCOMING GIGS . 31 January - supporting @hailtheghost @whelanslive . 27 March - supporting @kevincaseyofficial @theundergroundvenue . 24 May - Rockin Road Festival 2020 . www.emmahynes.net/events . #livemusic #whelans #theunderground #singersongwriter #dublin #Ireland #rockinroad #rockinroadfestival #hailtheghost #kevincasey #emmahynes
Recording done. 3 gigs coming up. New song just finished. It's a happy time in my musical world. . . . #singer #songwriter #musician #writer #singersongwriter #singersofinstagram #musiciansofinstagram #writersofinstagram #music #lovemusic
When you're out for a fancy brunch followed by cocktails, you can't fuck about when it comes to shoes.