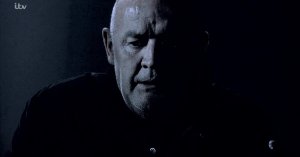 There have been many occasions in the lifetime of Coronation Street where it has evoked outpourings of emotion on the part of fans. It’s unsurprising, as this is more than just a television programme to us. For many, this weekly commitment has occurred over the course of our lives, and we now invest three hours a week in it, which is not insignificant.

Despite our shared love and collective loyalty, however, we as fans naturally differ in terms of how we want to see certain plots play out, and it could be argued that we can have no expectation, for example, that our favourite characters will get the stories we would want for them. Where our expectations should and do play a part, however, is in what we can envisage as likely to occur in this particular fiction. Like any unique programme or drama, Corrie is its own world built on a combination of principles or values which have sustained life for almost sixty years, including normality, heart, comedy, stoicism, grittiness, earthiness, tragedy, humour and drama. What a viewer needs to see is adherence to the framework that makes it what it is; otherwise, it becomes something else, and no longer Corrie.

On Friday 27 October, we witnessed two of the most viscerally shocking episodes in my memory. There have been angry reactions with some viewers feeling it was a bridge too far, and even vowing never to watch the programme again. For others, it was just the type of edge-of-the-seat drama they wanted on their screens. Such was the reaction, that Coronation Street released a statement which sought to defend the drama and assure us of impending justice.

I needed to process both the episodes and the reaction, and consider both in the context of how Coronation Street has been developing over the past few months before I felt I could write anything. I also watched the episodes in question again, and continued to follow the reactions in their wake.

The other reason I wanted to take time to write a considered blog is out of thorough respect for what I saw. I thought the performances on the part of Connor McIntyre, Oliver Farnworth, Ian Kelsey and Nicola Thorpe were absolutely outstanding. Together with Owen Lloyd-Fox’s script and Duncan Foster’s direction, I thought it was drama of the highest quality. For me, there was no question of this. Nor is their any question in my mind that Pat Phelan is Corrie’s greatest villain, and of the immense talent of Connor McIntyre who has continued to skilfully unpeel layer upon layer of this complex character in the most compelling of ways.

When dealing with such quality, it felt important to give it the consideration it deserved. Personally speaking, I really did enjoy it, but, having thought about it, this was on its own terms as a piece of drama rather than something that felt a natural part of this particular programme. In thinking about writing this blog, therefore, the most productive response I felt I could offer would be to consider why it evoked certain reactions from viewers, and what needs to happen to restore the balance.

One of Coronation Street’s most wonderful attributes has been the earthiness of its inhabitants and their storylines. The statement Corrie released on foot of the reaction to these episodes noted ‘Coronation Street has always been recognised for its mix of drama and comedy, as well as hard hitting storylines.’ Sadly, of late, there hasn’t been much comedy, and if Corrie’s magic formula is this mix of both, then an imbalance results in it feeling like a different programme.

For me, the misery being visited upon its residents over the past few months has been relentless, and there isn’t sufficient lightness or comedy to offset it. With an added episode, this is sustained over three hours a week meaning it can be a tough watch for us viewers. This might work for an otherwise serious drama, but not in the case of Coronation Street.

It’s worth mentioning that this isn’t saying we fans can’t handle shocking scenes. This is a programme which has seen innumerable murders in its time, some of them rather gruesome. But what we do expect to see is a combination of light and shade. Unfortunately it seems the predominance of the latter has some of us fatigued and unreceptive to any more of it.

Indeed, it feels as if comedy has been gradually relegated to subplots and light relief. I’ve argued over the past couple of years for it to have a more central role. Sadly, now it feels we’re lucky to get some via a selection of one-liners, or panto-esque japes, which isn’t enough.

Friday’s episodes saw the murderous scenes take place in an abandoned paper mill, and Nicola learn from Lydia that she was a product of rape, while unwitting street residents made goujons, chatted at Roy’s and threw darts in the Rovers.

Under normal circumstances, joy might be found in those intervening scenes to offset the drama occurring. This is a mechanism which has worked wonderfully in the past. Instead, however, we had Fiz of the hot chocolate and innumerable pints using her child’s former illness to defraud generous souls of thousands, making it impossible to take any enjoyment from her or Tyrone’s presence, Luke attacking Aidan in the Rovers after he tried to kiss Alya, and Aidan finding himself in a sorry state with nowhere to live as a result.

When this comes on the back of Bethany’s dreadful ordeal (which was brilliantly done), Seb’s family crisis, Billy’s violence, Michelle’s kidnap nightmare, Robert’s imprisonment, Summer’s drug taking, Chesney’s collapse and Katy’s off-screen death, to name but a few scenarios of late, there is nothing to feel good about or reassure us that the world of Corrie isn’t all bad and the comforting normality at its core will sustain us. We need this if we are to believe in the reality of Coronation Street which should pivot on a grounded axis of heart regardless of the absolutely necessary dramatic diversions it takes along the way.

One of the biggest frustrations about the outcome of this storyline seems to have been why Phelan would keep Andy locked up all that time only to kill him. For me, when Pat learned that Nicola had found out the truth about him from Anna and Lydia, he had absolutely nothing to lose. I felt the reason he couldn’t kill Andy for all those months was because Nicola was a positive light in his life and he wanted to be a better man. With this light extinguished, Phelan made his final transformation into a wholly villainous man; a transition strikingly portrayed by Connor McIntyre. It’s believable to me and works as part of the story arc. But, when it comes to soap, people feel very strongly about justice being served and I can understand viewers’ frustration at this. While we’re assured justice will be done, I think, had Andy taken Pat down in those moments before his death instead of the other way around, fans would possibly have seen the drama and its conclusion in a more palatable light.

As things stand, Pat lives, and I for one am glad of that as he’s been a big highlight of the programme for me and I’m not ready to see him leave just yet. For me, it’s important to recognise that what we saw on Friday was drama of the highest quality. But it’s also completely legitimate for us to feel that the incessant tragedy and misery that we witness on the street needs to be lightened by some normality, and the comedy it is so good at and which we so love. Otherwise, we find ourselves fatigued, and struggling to recognise our favourite programme.

So, where do we go from here? I think the show’s ability to combine the dramatic and the comedic should be fully exploited. Drama should not be considered more important than comedy, but rather, the same. It’s not sufficient for mere nods to humour to constitute evidence of the show’s reputation for it. Give comedy a central role. Root it in character so it’s true, earthy and believable; we need look no further than the classic episodes from 1986 currently showing on ITV3 to see how sublime this can be. Acknowledge that it can be as powerful as drama. Allow it to take centre stage via a storyline which goes on for more than a few episodes. And, when it comes to drama, sometimes that which is not screened can have greater power.

Were all this to be considered, perhaps viewers, who have shown themselves to be so passionate about the programme, would feel they were watching the Corrie they know and love. Then the tragedies and dramas which the show does so impeccably well might be received with the full weight of admiration and enjoyment they deserve.

This blog also appears on the Coronation Street Blog.

#blackouttuesday #theshowmustbepaused
Dublin meets Lanzarote ... sort of.
#staysafe
We had to come in eventually, but it was lots of fun.
Grand weekend for a garden sesh.
A Balbriggan sunset. #Balbriggan #OurBalbriggan #Sunset #sunsetphotography #igersdublin #igersireland #Dublin #Ireland #StaySafe #StayHome